Home Media and Resources Company News
Return to the list

How to choose a suitable positioning module for your product?

When it comes to positioning, the first thing we think of is GPS. The American GPS (Global Positioning System) is the first satellite navigation system in the world. As other countries have also fielded their own satellite navigation systems, now there are others with global coverage, including China's Beidou, Russia's GLONASS and Europe's Galileo. In addition, and there are also some regional systems, such as Japan's QZSS and India's IRNSS. GNSS (Global Navigation Satellite System) does not specifically refer to any single satellite system, but a combination of several of the aforementioned systems and their enhancements.

A GNSS module can capture satellite signals from several different satellite systems, which greatly improves the accuracy and stability of positioning. AIoT applications such as autonomous driving, smart drones and robots, increasingly demand positioning solutions with improved precision. SIMCom GNSS module can provide the accuracy within a few meters required by by these navigation-based applications. 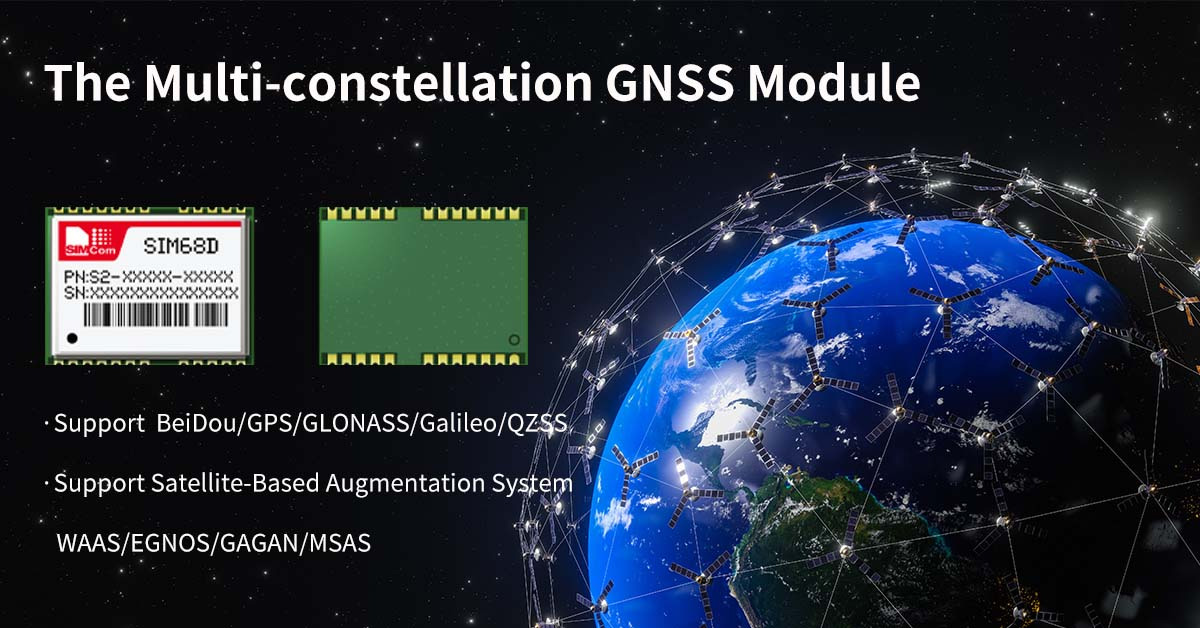 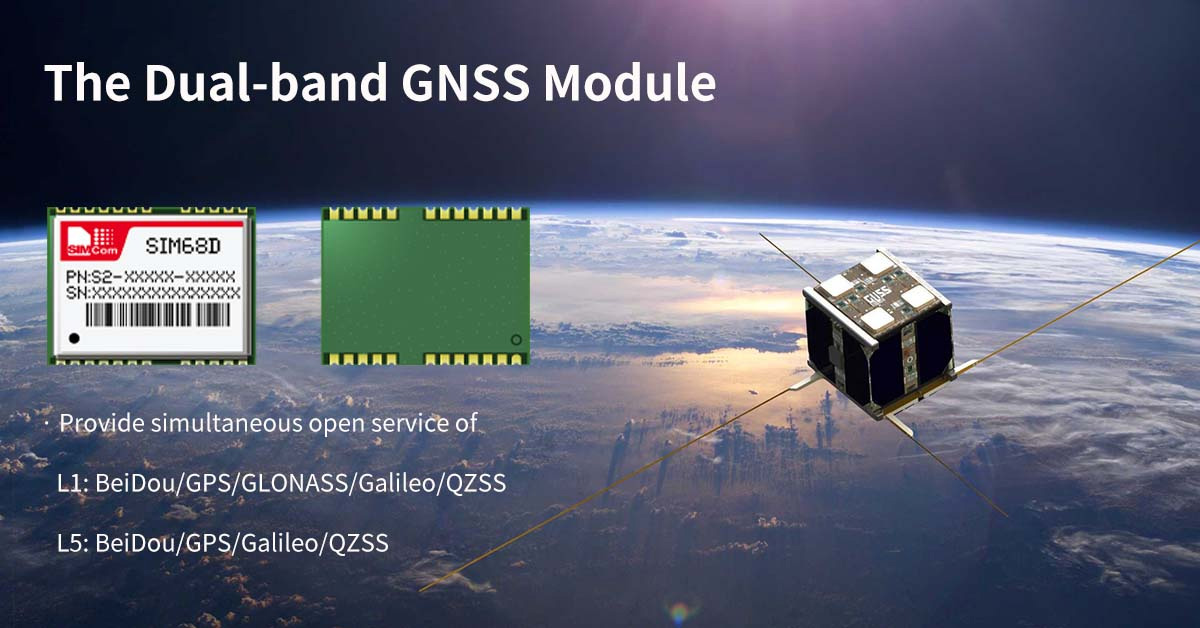 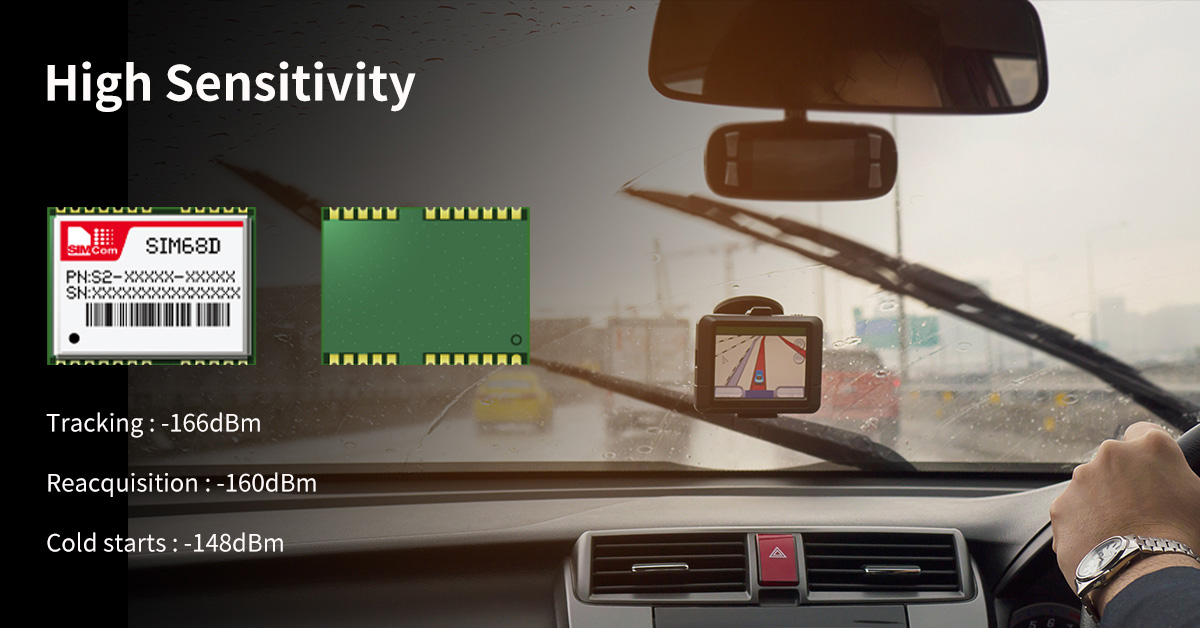 At least 3 satellites are needed to position an object. To search for the satellite signals and acquire a position takes a certain period of time, which is known as the TTFF (Time to First Fix). It is measured under three different conditions. Cold starts are to search signals without historical data. Warm starts happen when the device has been off for several hours (more than 2 hours) while the data is not outdated. Hot starts mean the data is still valid (normally the device has been off within 2 hours). Usually for a GPS module, Cold starts take more than 40 seconds and around 30 seconds for warm starts. The SIM68D series has decreased the acquisition time to 27s for cold starts and 25s for warm starts. 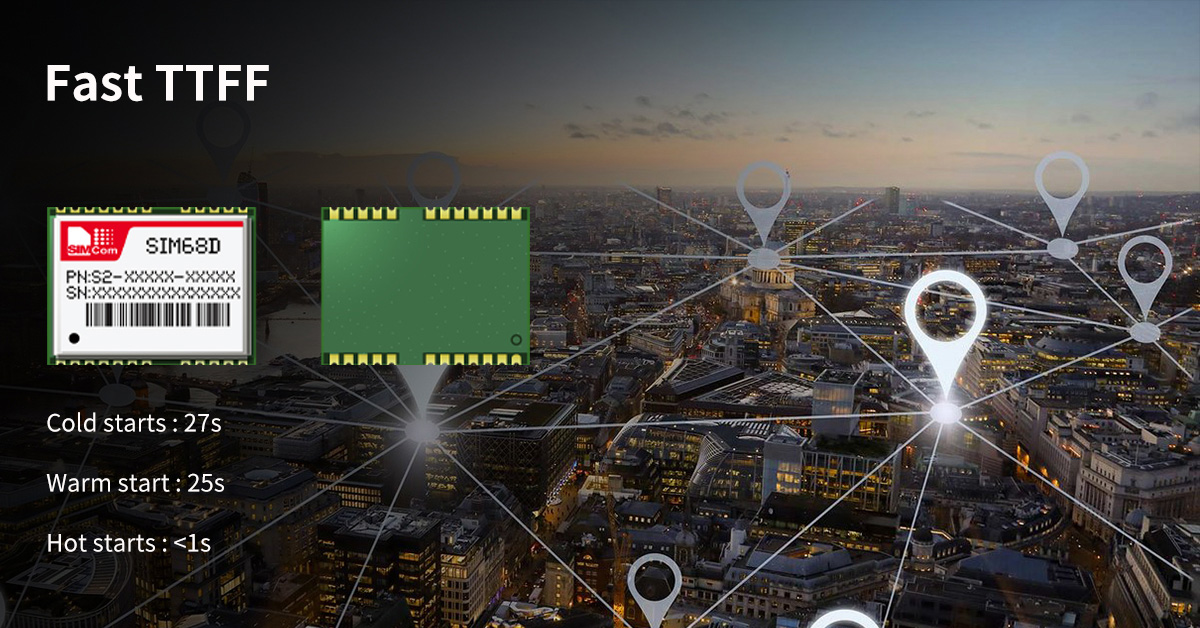 The ultimate mission of positioning modules is to acquire an object’s position as accurately as possible. Positioning accuracy is the average deviation value from the actual position and is measured in meters. The SIM68D series can achieve an accuracy of 1.5 meters, making it suitable for many applications such as smart wearable devices, fleet management, vehicle navigation, drones, scooter and so on. 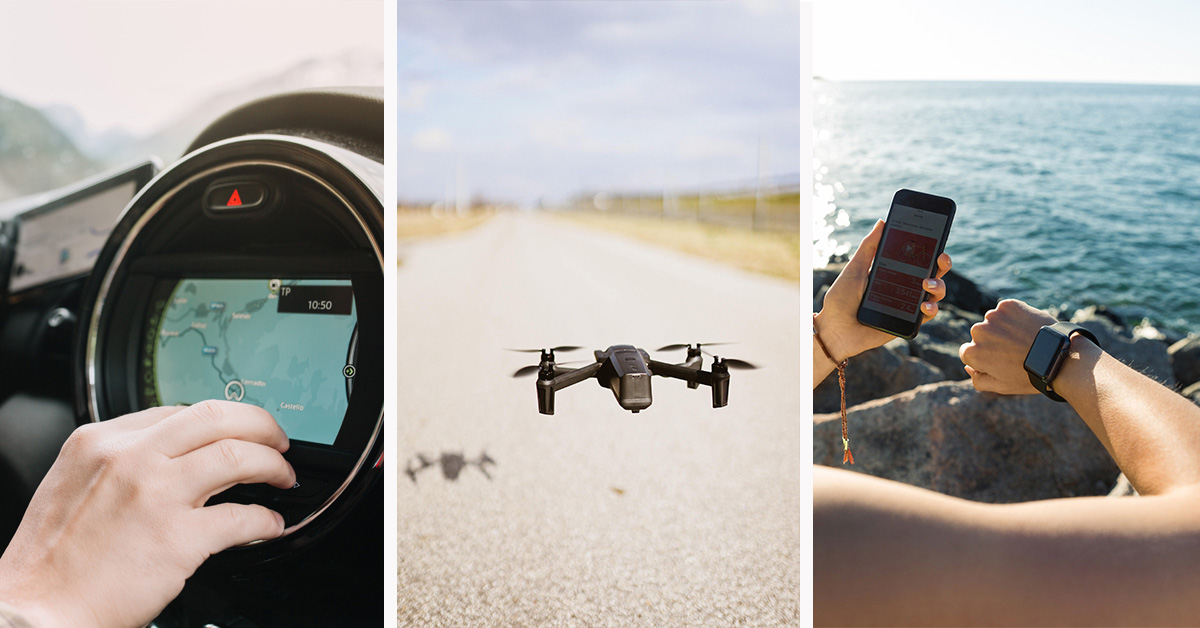 Besides these specific features of positioning module, some general factors of wireless modules such as chipset, size, form factor and power consumption should also be considered. SIMCom engineers can assist you with module selection based on your application requirements. We look forward to working with you to ensure a smoother product development cycle and shorter time to market.